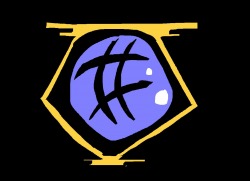 Book 1 in The Chronicles of Derenvere
Current word count: 19, 515

Meneer Demitrius spoke in a strong baritone that ceased the murmurs of his students. “Today we are going to undertake the task of unveiling ones magic property,” Demitrius showed a small smile at the class as he picked up a white crystal from his desk, “and master it in the week to come.”

There was a tangible hushed excitement in the air. Galen tried to swallow the bitter taste of fear in his mouth.

“This,” Demitrius continued, holding the crystal on his open palm for the class to see, “will help determine exactly what your power is.”

A scrawny, short boy with wild curly flaxen hair beside Galen raised his hand. “What is that, some kind of magic detector thing?”

Demitrius’s cool blue eyes flashed and he regarded the boy with impatience etched across his aged face.

“It’s a crystal,” Demitrius said curtly, “You’ll do well to wait for my permission to speak in future, Sebastien, if you wish to remain in class for the rest of the lesson.”

“This has been taken from the heart of Derenvere itself. A stronger connection to our land you will find nowhere else. It is an instrument,” Demitrius continued, “that will change shade according to your magic.”

Galen shifted in his seat anxiously when Demitrius cast several orbs into the air. “Violet means your ability is to teleport. Yellow symbolises healing power, blue is levitation, orange is the gift to predict the future, green is the ability to shift forms for limited periods of time, red is the power of heightened senses...”

The crystal was being passed from hand to hand around the classroom. There was applause for those who received what they wanted, congratulatory pats on the backs for others. When Sebastien held the crystal in his hands, it burned a definite, deep orange that coaxed a groan of disappointment from him.

“There goes my knighthood,” Sebastien grumbled and held the crystal to him.

Galen licked his lips nervously. He’d had nightmares about this lesson – that all eyes were going to be on him, and the shocked horror of everyone when the prince of Derenvere was officially classed as powerless. Though no one was staring at him. Demitrius was busy dividing the students into different groups, and the classroom itself was chaotic. Too busy to take note of Galen’s hesitation.

Sebastien cleared his throat, and Galen nervously took the crystal he offered with damp fingers. The deep orange morphed into a glowing soft gold. Galen swallowed down a sigh of relief. It changed colour. Good, so the Wosret did favour him after all. He lifted his gaze to the hovering orbs at the front of the class, trying to remember which ability associated with gold. Confusion flared through him when he saw there was no like coloured orb.
Demitrius was in front of him suddenly, a startled look on his marble-pale face.

“Meneer...” Galen said weakly. That look was anything but good.

The sorcerer took the crystal from Galen quickly, and gave his hand a quick, awkward pat. “Nothing to fuss about, young Prins, it only signifies that your power is...dormant,” Demitrius said before turning his back on him.

Galen’s face heated up at his words.